Fireworks from the PGI Convention, August 2014

Photos from the last night of the PGI (Pyrotechnics Guild International) convention fireworks show at the North Iowa Events Center. I was mesmerized by the beauty and artistry of the combinations and synchronization of the fireworks. A great show by many involved. There were a few notes about the photo technique in the previous fireworks post.
Click an image to see a larger view in a slide show-  may load slowly. 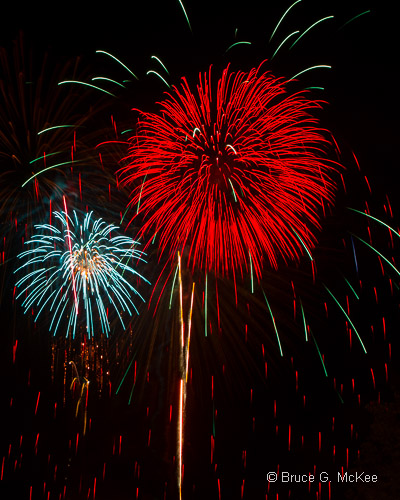 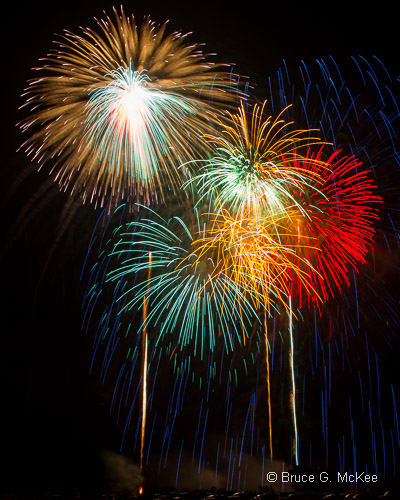 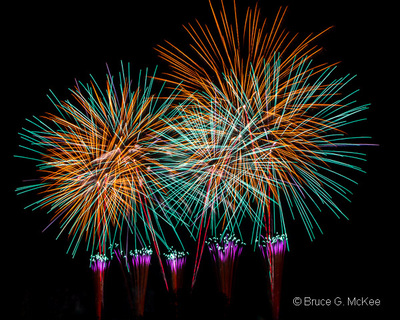 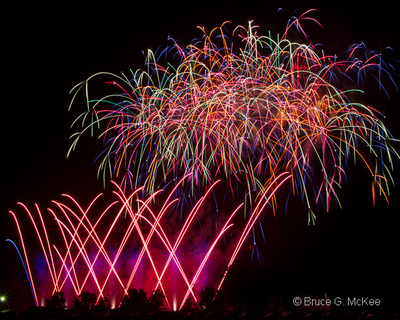 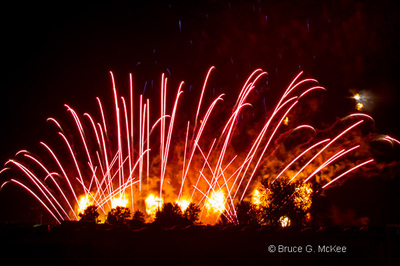 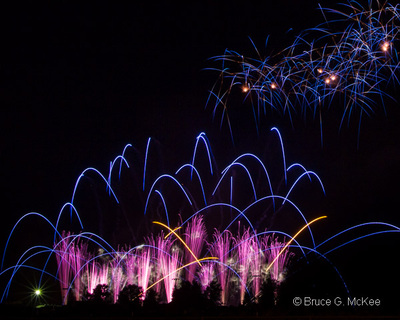 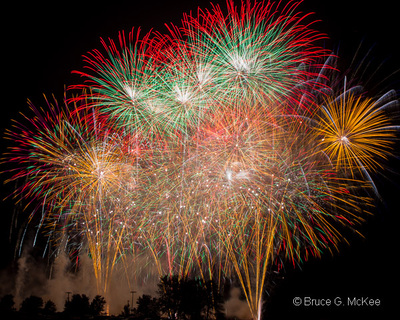 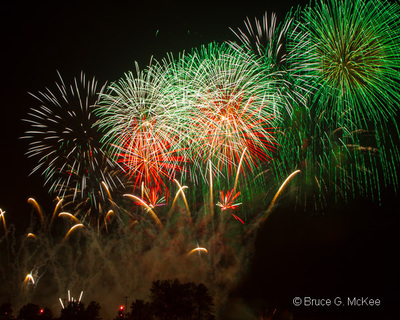 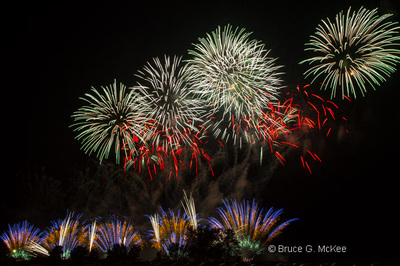 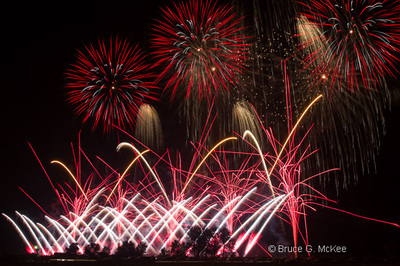 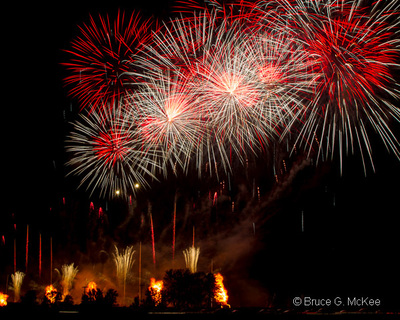 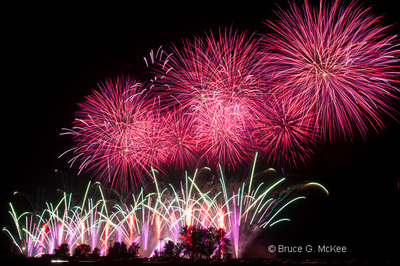 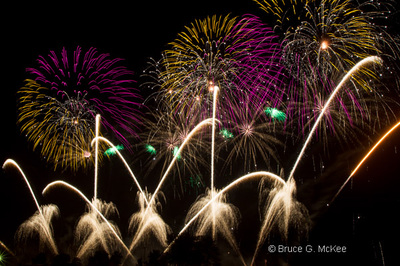 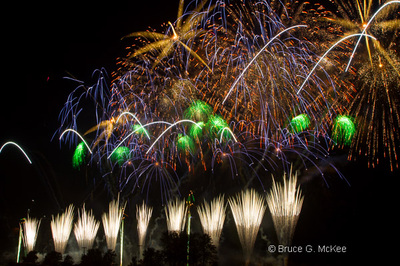 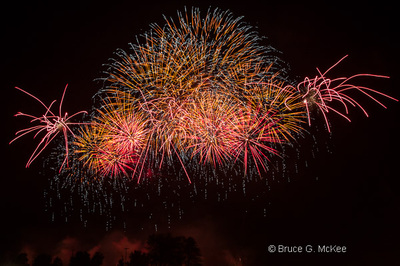 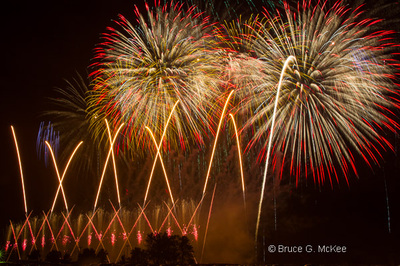 Fireworks from the first night of the Pyrotechnics Guild International (PGI) convention at the North Iowa Events Center (http://www.pgi.org/convention/2014/displays.php). With the camera on the tripod I used an ISO of 100, f/18 and the shutter on the B (bulb) setting so that I could keep the shutter open as long as I felt was necessary for each burst by holding down the button on the remote shutter release. There are multiple exposures on several of the frames.
Click an image to see the slide show. 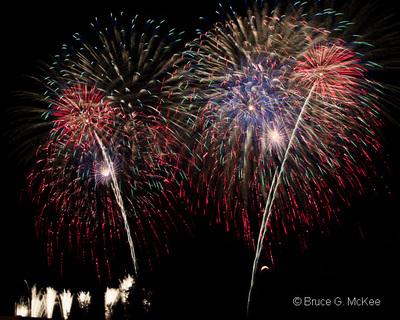 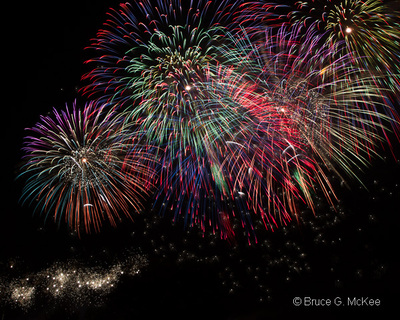 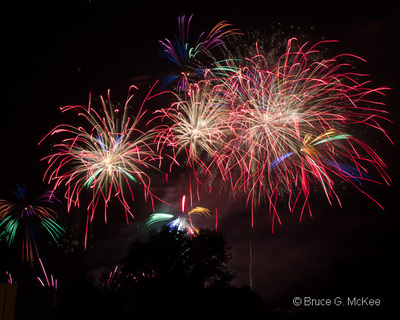 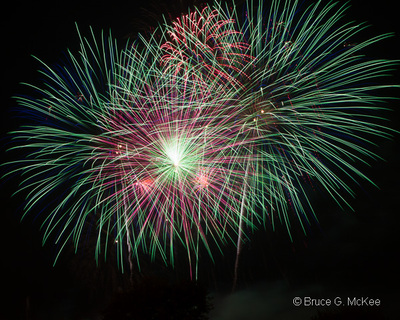 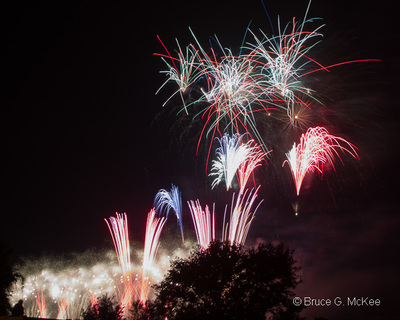 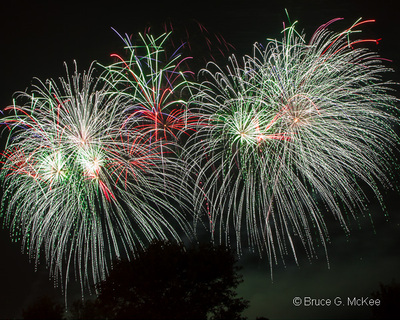 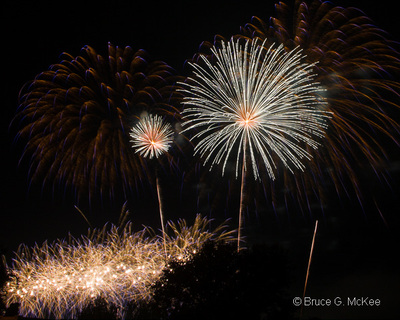 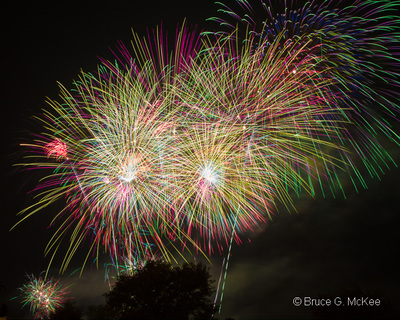 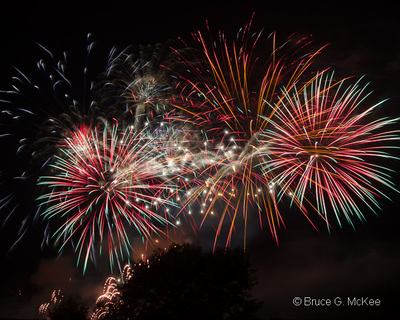 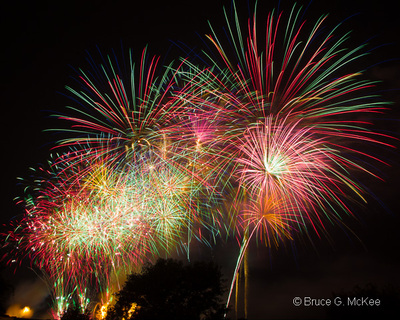 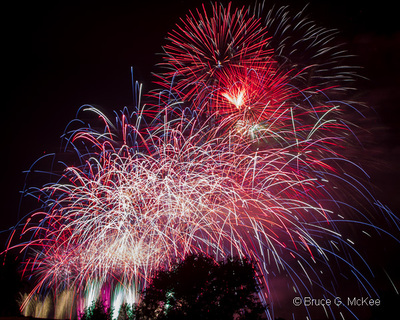